Lost for 2 hours in the endless Oklahoma plains with no cell service and only a quarter of a tank of gas… Expectations for adventure brutally dashed… Or were they?

Imagine being lost for two hours in endless Oklahoma plains with no cell service and only a quarter of a tank of gas.  Imagine planning a trip full of nature only to realize you forgot one very important detail: it’s winter.  Everything is dead.  Imagine having your expectations for wild adventure hopelessly dashed…

I had decided that this year would be full of adventure.  So far, it has been.  I’ve decided to spend more time learning new things and being outside where I feel truly alive.

I’ve always wanted to visit the Tallgrass Prairie Preserve in Northern Oklahoma.  Feeling a need to get out of the house and go explore, my friend and I planned a day to do it.  I was so excited–I woke up Sunday morning and felt like a kid on Christmas.  I had so many expectations as to what this day would be!

We get to the Preserve and see some beautiful bison.  The landscape is pretty but nothing 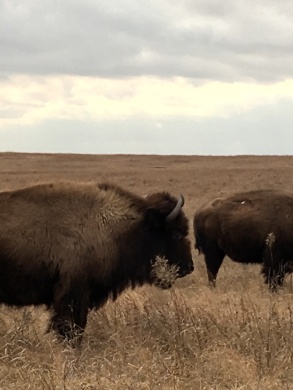 breathtaking.   We park and take a hike, grabbing a brochure that offers a “self-guided nature tour.”  It lists all the lovely plants we’ll encounter.

We’re looking at the brochure, glancing at the plants.

Yeah, so it’s winter.  Everything is dead.

Everything.  The visitor center was closed.  There was no one else on the preserve.  And it seemed as the only life we encountered on the entire trip were the lazy bison and curious cattle.

We complete the trail anyway, and I am hopelessly embarrassed.  How could I not think that everything would be dead in winter? 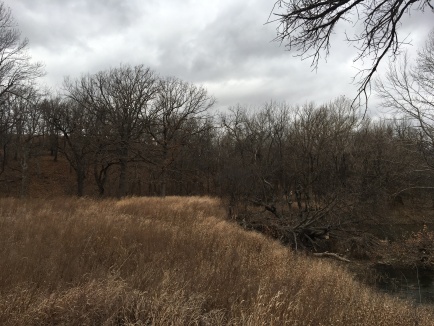 I laugh it off and of course my friend is supportive.  She tells me, “I’m sure it’s lovely in the spring.”

After a few “scenic” turn-outs and our quick hike through dead landscape, we decided to continue our drive through the preserve.  I’ve worked through the embarrassment of hauling my friend out here in the dead of winter and I’m excited again.  Road trip and adventure!

We pass a sign telling us we were leaving the preserve and that was when our trip took a turn for the worst.  We ended up lost.  No cell service and no signs.  We started out optimistic, thinking that there had to be a main highway somewhere.  We didn’t get out until two hours later with just a quarter of a tank of gas remaining.

I had been playing Spotify through my speakers but it had shut off when I lost service.  We were lost on a gravel road winding through acres of ranch land, and we’d been wandering for about an hour at that point.  We were both panicky and desperate to get out of there.  Suddenly, I Believe in You by Don Williams burst through my speakers and we both cried a little.  Because that creaky old country voice could only mean one thing… SERVICE.

I pulled over and desperately opened Maps.  I plugged in my home address.  It curated a route for us and we were rejoicing.  We felt like we were on top of the world.  We were laughing and singing along to the song and all of a sudden this whole thing felt like a beautiful, silly road-trip rather than a nightmare.

We followed the route deeper into what felt like no-man’s land but at least we had service.  We were cruising along, celebrating our deliverance when we passed through a gate with a gut-wrenching sign posted… PRIVATE PROPERTY.  NO TRESPASSING.

I glanced down at my phone in panic.  We had to turn onto another road in 1 mile. We looked at each other.  At least 1 mile on this private property… What’s the harm?  Should we do it?  What if we die?  It’s the only way!  Screw it.  Let’s just pretend we didn’t see the signs and just go.

So we did.  We sped through the opened gate and I was driving particularly fast, governed by this idea that if I just speed up no one will see me. Ha.  But the farther we followed our GPS route, the deeper our trouble got.  It appeared that the owners of this property were very serious about their no trespassing policy (as they should be). On every other tree we passed was a BEWARE or NO TRESPASSING sign posted.

Fearing for our lives, I made a quick turn-around and decided it just wasn’t worth it.  We drove off that private property as quickly as we could, our heads spinning dizzy with excitement and anxiety.

We were free and clear and we sighed in relief once we passed through the gate again.  I looked down at my phone.  As soon as we were off the property, I lost service.  Again.

At that point, it seemed like some kind of cosmic joke and I felt like it was predestined that I die out there in the Oklahoma back country.  Either stranded and mauled by bison or shot by protective landowners, I didn’t know for sure.  But I did have this sinking feeling that I’d never make it out alive.

My friend and I were laughing through our tears and breathing through our panic.  I apologized profusely for bringing her out here only to get her lost.  I felt bad that she “had to be friends with me.” Expressing this to her, she said, “No!  I’m lost without you.”  And I just looked at her.  Long and hard.  And she said, “Well, I’m lost with you but you know what I mean.”  We laughed until our sides hurt and for a second everything seemed okay.

Having decided we would never find that highway that was supposed to be “close,” we decided to backtrack.  Two hours later, we made it back to the preserve where I finally got cell service and was able to find a route that got us the heck out of dodge.  We left the preserve and both vowed never to return (except for maybe in spring).

All in all, it was a good day full of more laughter than I’ve had in a long time.  If there was one thing I learned through the whole thing, it’s this: just because something doesn’t meet your expectations, doesn’t mean it isn’t wonderful.  Sunday met my ideas for adventure in no possible capacity.  But it was better than anything I could have planned.

It was a good way to start out this year.  I have plenty of expectations of what I’d like 2018 to look like and even more so, plenty of dreams for my future as a whole.  But, what if it doesn’t turn out the way I’d hoped or envisioned?  After what I learned Sunday… Part of me hope it doesn’t. 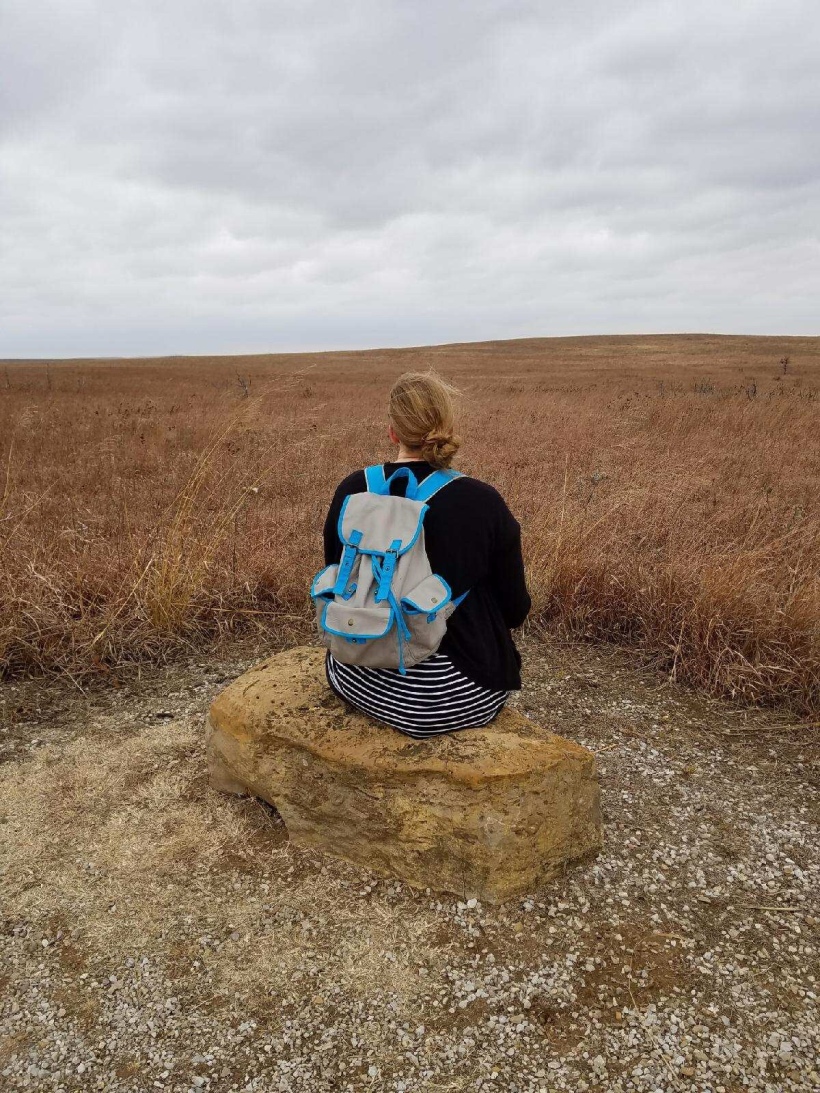 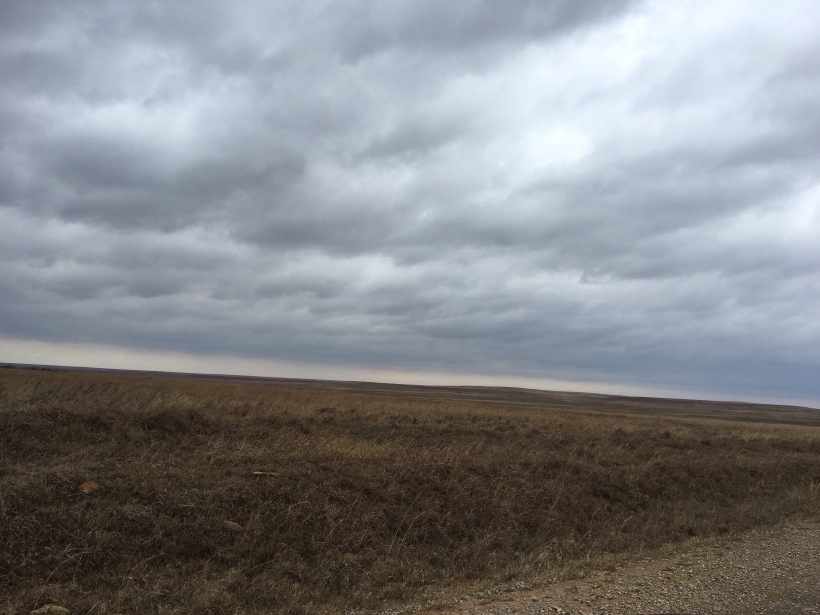 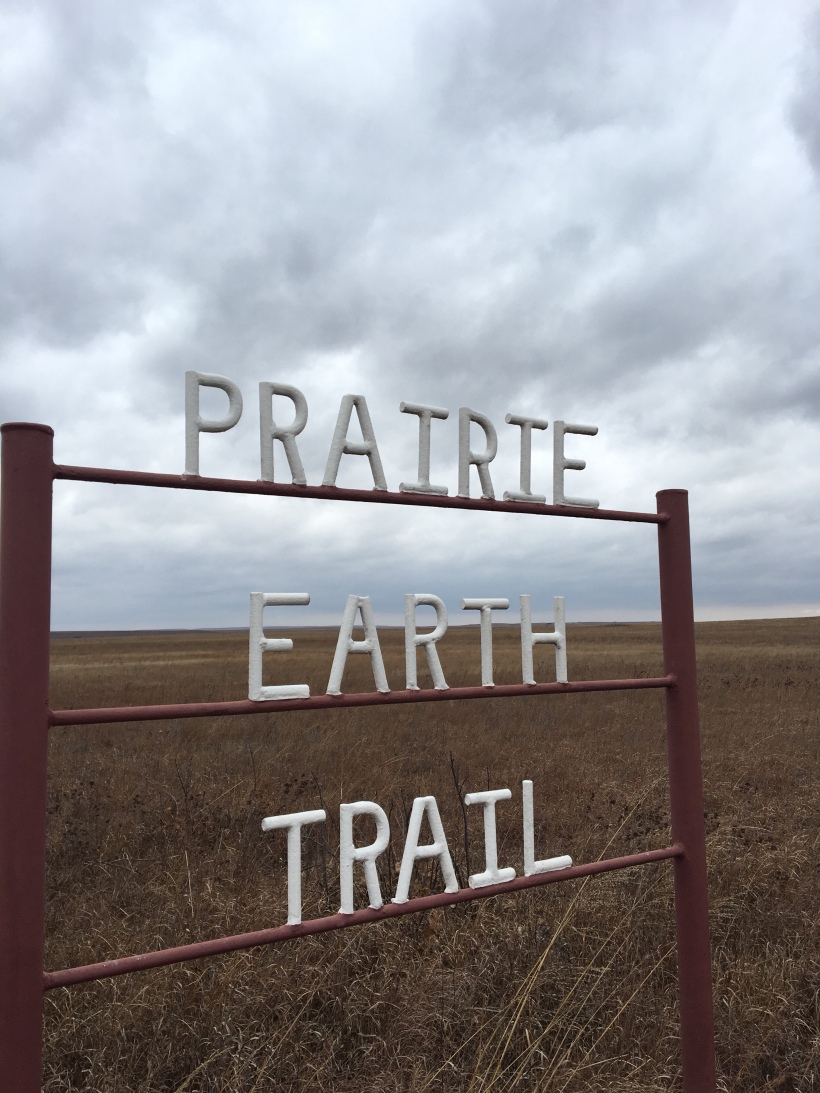 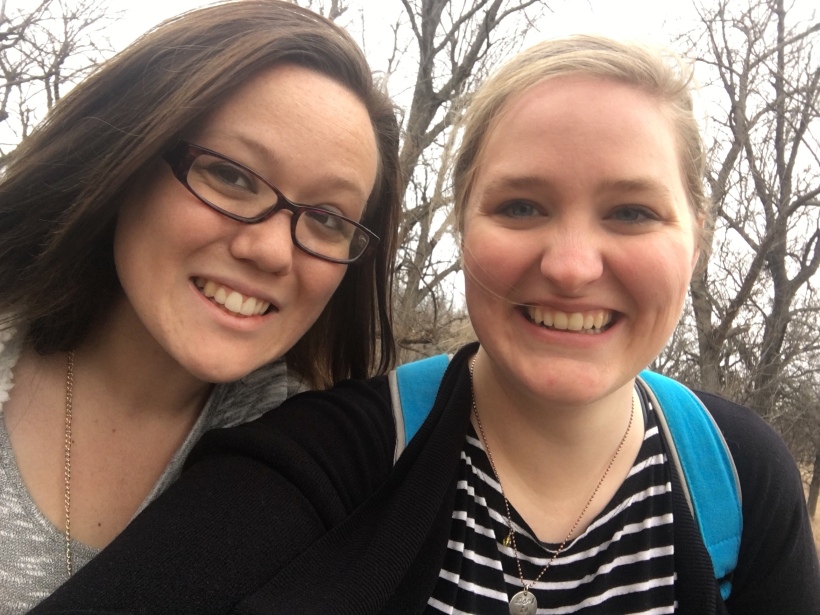 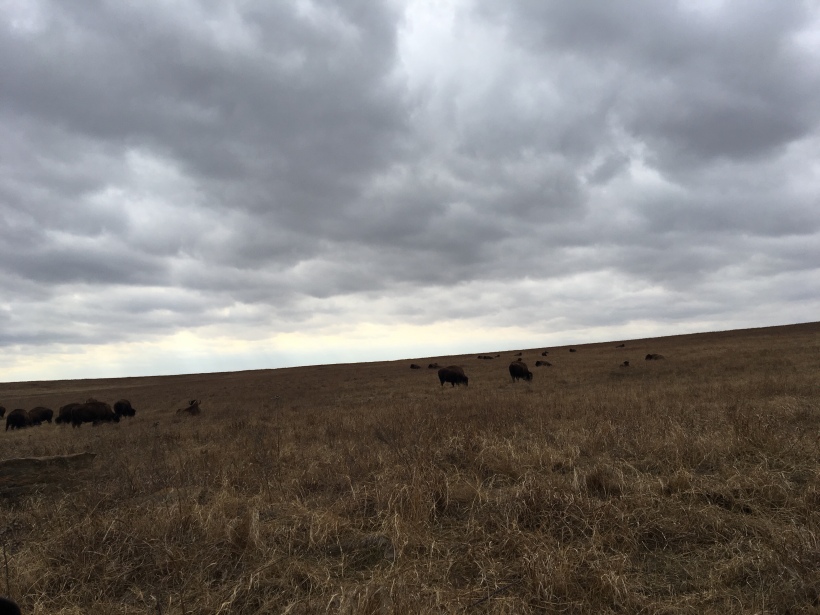 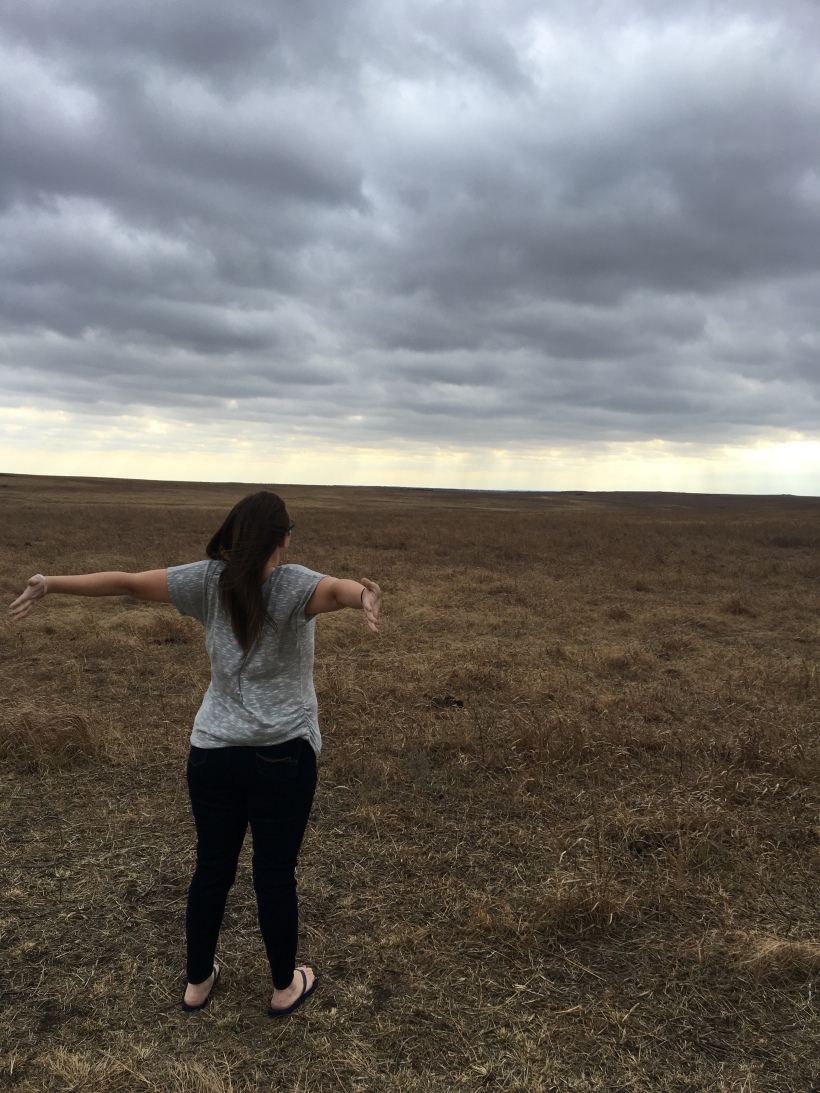 Saturday meditation: it seems as though I have been waiting my whole life to be invited. I long desperately for the approval, appreciation, and affection of others. And mostly I live under assumption, longing to be invited but telling myself I won’t be. Believing I am inherently unwanted, I’ve sat a lot of things out. But the truth is my worthiness is not dependent on an invitation (to participate, to collaborate, to show up, to invest, to love, to...) In fact, my existence alone is the invitation. The fact that I am here at all gives me the right and privilege to take up space on the earth as God intended.
A Saturday morning reflection: maybe there is not one “season” in which to do certain things. Maybe there’s not one boat, one ticket. Maybe the most extraordinary things in life aren’t that easy to miss out on. Because life is not a schedule, a formula. And while it has its cycles and its rhythms, it truly is a giving and unpredictable thing. Who knows where we’ll end up? So, hands open. No fear. I haven’t missed anything. I haven’t missed my boat. In fact, the boat isn’t the best part anyway. It’s the ocean. Wide and untamed thing. So here’s to a plunge, right off the gangplank, right into the water. No fear. Hands open. I’m okay.
I need to—get to—start asking more questions.
I rarely cry when reading a book. When I do, I always attest to the power of honest, atmospheric writing. Such is the nature of Hamnet, by Maggie O’Farrell. Tears swelled as I felt the grief of a mother. This book is beautifully written and the story so masterfully crafted. “So she cannot bear their gaze, cannot meet their eyes. She doesn’t want their sympathy and their prayers and their murmured words. She hates the way the people part to let them pass, and then, behind them, regroup, erasing their passage, as if it were nothing, as if it never were. She wishes to scratch the ground, perhaps with a hoe, to score the streets beneath her, so that there will forever be a mark, for it always to be known that this way Hamnet came. He was here.”
If you can, get a friend like the beautiful @sarah_behra. ❤️
I finished this book tonight and cannot recommend it enough. It is so deeply relatable, thought-provoking, tender, and altogether lovely.
Loading Comments...
Comment
×
%d bloggers like this: